Use one of the networks in P:\doc\MeVisLab-Networks\2010\AcinarTreeExtraction\ to shunt of acini in the lung with the “manhole covers”, extract them with a RegionGrowing Modula and export the addition of all acini with a DicomTool Module as single DICOM slices.

Additionally, export a binned dataset with the tomographic slices as a DICOM stack using an ImageSave Module.

Import both the original data and the stack of exported acini into Fiji or ImageJ.

The exported stack with the colored acini can be opened with using “File” > “Import Image Sequence”, the Stack of the original data can just be opened normally with “File” > “Open”

Once you have both stacks, you need to convert the Tomography stack to RGB using “Image” > “Type” as shown on the right.

When both stacks are RGB, you can add them together using “Process” > “Image Calculator”, as shown on the right. 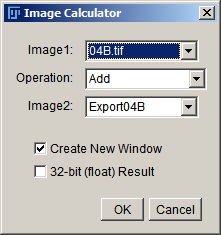 When you've added both stacks to each other, you should get a new image looking like the one below. 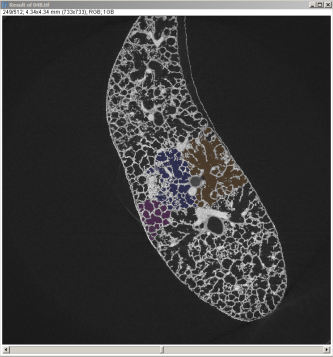 Now you only need to export this combined stack as .JPG slices for further processing. 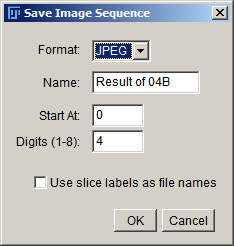 After you've saved the stack somewhere, you should have a bunch of .jpg images in a directory of your choice.

To use the STEPanizer with the stack of .jpgs exported above, we first need to rename the images sequentually to Image_Number_a.jpg and Image_Number_b.jpg.

To do this, it's probably easiest to use the TotalCommander. 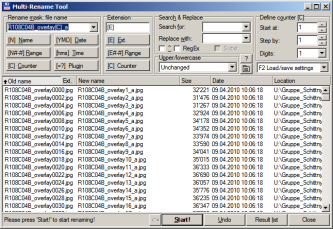 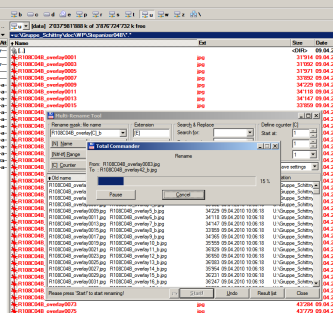 Now you're good to go to use the STEPanizer!

imageprocessing/mevislab/acinar_tree_extraction.txt · Last modified: 2020/06/10 21:43 (external edit)
Except where otherwise noted, content on this wiki is licensed under the following license: CC Attribution-Share Alike 4.0 International